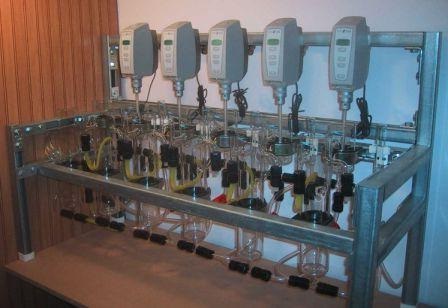 Finally we get to the processing considerations. Has an assessment of the mineralogy been undertaken? This very basic and very necessary step is often overlooked during the exploration stage of a deposit but never overlooked by a good consulting metallurgist. A great many “ore reserves” have been rendered economically sterile (which makes them not reserves but?…… resources! Very good!) because of the way the little bits of good stuff are stuck together with the bad bits. Sometimes the good bits have a lot of very nasty other bits which can not be separated. This is heart-breaking but quite common. The manner in which the minerals occur is an important determinant of operating cost.

For example, if the minerals are coarse and can be liberated or separated from each other with only a bit of crushing then the costs will be low. If, however, the minerals are fine grained and need to be ground to the texture of flour this will be expensive. So when your brother-in-law asks for your money remember to ask for about the mineralogy of the deposit. If he gives you a blank look you have just saved yourself some money. If he says the gold is mixed in with some arsenopyrite and he intends to use a new process to recover it then tell him you are broke and give him the name of someone you don’t really like. If, however, he tells you it is mostly visible gold in a quartz host then give me a call.

Bench scale process testing is an important next step to understanding the mineralogy. Bench scale just means the experiment can be done on a work bench as opposed to a swimming pool. The question is, “Has anyone actually taken a sample of the ore and tried to make a concentrate or other saleable product out of it?” If not then be a bit cautious. Think, “Large tonnage, high grade, known mining district, close to seawater.” Can you see how easy it would be to promote a deposit like this one? It has every thing going for it but sometimes one can’t make a saleable product out of it. Would a promoter tell you that? Hmm…. We think it is better if you just get in the habit of asking the questions. He might forget to tell you otherwise.

Modern mining metallurgical plants are actually fascinating things. Lots of spinny around things and mucky, burbly liquids… it really puts you in mind of Willy Wonka and his chocolate factory. And as my non-mining friend said, “It is where the pipe thing happens”. But to get to the pipe thing there are a lot of very important, scientific steps involving samples of the rock that are put together to represent the material that will be delivered to the plant. This is called making the composite and is a very important step. If the engineers do all their designing on material that will never get to the plant then the wrong plant will be built and a lot of lawyers will get very rich. So as an investor pay attention to how the composite test sample is put together.

When the engineers are happy that the material to be tested represents more or less the material to be mined they subject it to all kinds of indignities such as microscopic evaluation to see what is actually there and then put it through a variety of tests to see which ones give the best results (the largest quantity of good stuff taken from the bad stuff). Think mad scientist movie and you have a reasonably accurate picture of how this takes place.

I won’t vouch for the thinning hair, buck teeth and crossed eyes but count on the white lab coat and pocket protector. At the end of the testing procedures the engineers will have a process flow sheet defined and then they need to do tests using larger volumes of the composite material in a way that mimics a continuous process rather than in little, discrete batches. When this is done they are then ready to move into an engineering phase. Sounds simple but this can take a couple of years in the case of difficult ores.

The modern metallurgical engineer has a bunch of options in defining a process flowsheet and most of the options have only been developed in the past century. There have been tremendous advances in mine process technologies. I believe that the price of copper was low for many years due to the discovery that little bacteria, energized in a sulfuric acid bath like to eat copper when it is in the oxide form. Who would have thought of that? But think of all the huge copper mines developed in the past 20 years because of this discovery. And who would have thought that weak solutions of cyanide sprinkled on piles of low grade gold ore would yield such a lovely surprise? Oxfam notwithstanding there is nothing dirty about this – it’s actually quite beautiful and I insist that my wife’s rings be made of this material. So hats off to the metallurgists now king of Gold Metallurgy… they have done very well these past years and are the big innovators in mining development.

Now that the basics have been covered it is time to discuss the process of taking all the information that has been collected during the exploration phase of the project and see how many people are willing to mortgage their homes to provide the capital for construction of the mine. This is the feasibility stage. Ah but to discuss one last concept first – the “feasibility study in a bottle” – the cut-off grade.